How did I do in Week 15 with last week’s article? Aaron Rodgers, Kenny Stills, and Ian Thomas all busted hard, Vance McDonald came through and Robby Anderson flashed that get away from the cop speed. I missed on Jared Goff, but holy hell, the Rams. The f*ck you doing. Regardless this will be the best edition of Kill, Marry, Chill yet to help you win your fantasy football championship.

As a reminder, kill players are going to be players that I am fading. Marry are the players that are locked and loaded. And lastly, chill are those oh so sexy sleepers that we are just tryna to Netflix and Chill with. So who’s ready for some Kill, Marry, and Chill? For Chill, I will also take on the challenge of only chilling with players that have a start percentage with less than 50% in ESPN Leagues. Because I actually give a shit about you and helping you make start/sit decisions.

Cousins has been a frequent participant on this list this season and I am not confident that he gets it done in Detroit this week. Detroit has allowed less than 20 fantasy points to quarterbacks over four straight weeks (13.54 points/game), and Cousins put up his worst stat line of the year in his first matchup against the Detroit Lions earlier this year. Cousins scored 7.86 fantasy points. Also, in Cousins’ last five road games he is averaging 14.30 fantasy points per game. Consider that under the new offensive coordinator for the Vikings, Minnesota is now a run-first team behind Dalvin Cook. Cousins tied a season-low with 21 attempts and had a season-low with just 14 completions last week under the new regime. Three of the four QBs that have scored 20 plus fantasy points versus the Lions this season had at least 30 passing attempts.

I hate Joe Mixon this week. The Browns have allowed the seventh-fewest fantasy points to the RB position over the last four weeks and I am very concerned about the Bengals’ offense as a whole. The Browns held Christian McCaffrey and Philip Lindsay to a total of 87 rushing yards the past two weeks. Back in Week 15, once Tyler Boyd left the game Mixon started the second-half with six carries for 15 yards. Mixon did end up scoring a 15-yard touchdown, but that was set up by a 77- yard punt return by Alex Erickson. The Bengals could not move the ball against the Raiders in the second-half without Tyler Boyd. Mixon is also dealing with a few injuries and Giovani Bernard saw his highest carry total (6) in the last four weeks.

He may seem enticing, but Shepard has been struggling without Odell Beckham Jr. Over the past two weeks despite 15 targets, Shepard has just four receptions for 54 yards. Instead of keeping him inside without OBJ, the Giants moved him outside in Week 15. He saw a season-high 41 snaps from out wide. If the Giants decide to do that again, that does not bode well for Shepard’s potential fantasy production. The Colts have allowed the fewest fantasy points to the WR positon over the last four weeks.

You cannot start tight ends versus the Saints’ defense. Despite the fact that they have allowed three touchdowns to the position over the last two weeks, no tight end has gotten more than 54 yards receiving against them all season. The Saints are allowing just 10% of their total fantasy points allowed (9.4/game) to the TE spot.

Similar to the Vance situation the Jets actually allow the smallest percentage of fantasy points to the tight end position (8%). Graham has not scored double-digit fantasy points since Week 9.

Over the past four weeks, the Kansas City Chiefs have allowed the 4th most fantasy points per game to the QB position. Wilson has been anything but stellar this year especially at home. Besides his last home game versus the Vikings, Wilson has thrown for double-digit touchdowns in every single home game this season. There’s even a high probability that Wilson sees an uptick in passing volume versus the Chiefs that yielding 44 passing attempts per game on the road this season. Wilson’s season-high in attempts is 39. Also worth noting Wilson still has a perfect quarterback rating when targeting Tyler Lockett through 15 weeks of the season.

Play your running backs in heavy-home favorites. The Bills have allowed the tenth-most fantasy points to the RB position over the past four weeks. That’s because they have allowed the fifth-most rushing attempts and second-most rushing touchdowns during that time frame. The Patriots on average run the ball at home 33.7 times per game. With Michel getting double-digit carries (21,17,20,13) over the past four weeks, he is going to get the volume. The last five running backs that have faced the Bills that have seen double-digit carries have rushed for at least 45 yards and scored a touchdown.

The Houston Texans have been struggling against wide receivers. Over the last four weeks, the Texans have allowed the third-most fantasy points per game to the WR position. They have allowed the second-most receiving yards to WRs over the last four weeks. According to FootballOutsiders the Texans rank 31st in DVOA against number one wide receivers. Jeffery also has the benefit of playing with Nick Foles. With Foles, Jeffery in his last five of six games has either had 60 yards or a touchdown. Via Adam Levitan that averages out to over seven targets and 14.2 fantasy points per game with Foles dating back to last season. Via Chris Meany on Twitter: Alshon Jeffery has 26 targets, 19 catches, 379 yards and three touchdowns in his last four games with Nick Foles. Jeffery over the past three weeks leads the Eagles in air yards, receiving yards, and overall target share (21%).

Always look for teams that underperform on the road, and then have a plus matchup in a home game coming up. That is the play here with Carr on Christmas Eve. The Broncos’ defense allows over 250 passing yards per game and allows two passing touchdowns per game. The Broncos are allowing over 21 points per game this season. In home games this year when the Raiders have scored at least 21 points at home Derek Carr averages 26.08 fantasy points per game. No team over the past four weeks have allowed more attempts, completions, or passing yards than the Broncos. Also, keep in mind that this is potentially the last Raiders game in Oakland, so you could see an inspired Carr led squad.

Via Pro Football Focus, Ballage gained 95 yards after the first contact in Week 15 which ranked third in NFL. In Week 16, Ballage will be taking on the Jacksonville Jaguars at home. Teams have been able to run the ball on Jacksonville when the Jaguars have played on the road. They have allowed 30.4 rushing attempts per game, 155.9 rushing yards per game, and 7.1 rushing first downs per game. Now obviously the Jaguars’ numbers are inflated because of the ass-whopping Derrick Henry put on against Jacksonville in Week 14. However, the Jaguars have struggled against running backs with tackle-breaking ability all season. Keep in mind Ballage is a large running back at 6 feet 2 inches and 237 pounds. Henry, Ezekiel Elliott, Kareem Hunt, Saqoun Barkley, and Lamar Miller all had productive outings versus Jacksonville. Those running backs all rank top ten in the NFL in yards after contact.

Other the past two weeks, David Moore not only leads the Seahawks in air yards but ranks tenth in the NFL in air yards (228). On the Seahawks, Moore has a 53% market share of the team’s total air yards over the last two weeks. The Chiefs have allowed the most air yards in the NFL this season (5,231) and the third highest ADOT (9.1). According to FootballOutsiders, the Chiefs rank 28th in DVOA against “other” wide receivers. The Chiefs have allowed the sixth-most fantasy points to the WR position over the last four weeks. 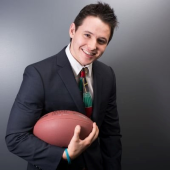 Offering football analysis and breakdowns since 1994! Space Backs To Target In Your Upcoming Drafts