by Will ConnellSeptember 19, 2020
Play episode The Steelers look to build off of a Week 1 victory as they welcome the Broncos to Heinz Field!

Pittsburgh is coming off a dominant, bully-like performance against the New York Giants. The Steelers looked more like your Grandpa’s Pittsburgh defense, holding Saquon Barkley (6) to fewer rushing yards than Ben Roethlisberger (9). Denver had a much more Giants-esque performance in Week 1, struggling to score 14 points en route a loss by 2 to a team that missed 3 field goals and an extra point.

For Denver, injuries will continue to lambast their offensive production. Courtland Sutton is listed as Questionable, though it is increasingly likely that he will make his 2020 debut in Pittsburgh. Philip Lindsay, meanwhile, will be sidelined with a toe injury. Melvin Gordon will lead the running back position, but the Steelers’ stalwart front seven will pose a significant challenge to the Broncos offense.

Luckily for Denver, their defense is similarly stout. Pittsburgh looked effective in New York last week, with Big Ben tossing three touchdowns and declaring victory despite losing his top back to an injury mid-game. The Giants’ messy defensive roster presented little challenge, so offensive production by the Steelers should surprise nobody.

The line for this matchup favors the Steelers at -7.5, asking bettors the question: will the Steelers be entirely out of striking distance when the clock winds down? If last week is of any indication, Denver should present no challenge to Pittsburgh. Minkah Fitzpatrick and TJ Watt could very likely hold the Broncos below 14 points, while a healthy Pittsburgh offense should both out-coach and out-score their opponents handily. Bet the line to be more than covered with ease.

An Over/Under of 40.5 is significantly lower than last week’s mark of 47.5, an indication of Vegas’ expectations for both teams’ offenses. If the Steelers consider themselves a better defensive unit than the Titans (which they should), they can hold the Broncos near 10 points. With that in mind, Pittsburgh is not likely to hit anywhere close to 30+ on the scoreboard. Bet the under in what will assuredly amount to a Defensive Coordinator’s dream game. 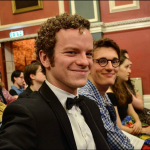