Where we: LET IT RIDE

Tampa Bay Buccaneers vs. Dallas Cowboys -7: It looked like the Cowboys would cover until a Bucs touchdown with 2 minutes left cut it to 7, where it remained until the end. Push.

Seattle Seahawks +2 vs. Kansas City Chiefs: Seattle is a dangerous team. I would not want to face them in the playoffs especially after beating Kansas City. Win.

Where we: LET IT DIE

Jacksonville Jaguars +7 vs. Miami Dolphins: This game was deadlocked at 7 until a Jaguars interception return for a touchdown in the fourth quarter, which put Jacksonville on top for good. Loss.

Los Angeles Rams -14 vs. Arizona Cardinals: The Rams made a statement despite not having Todd Gurley as they cruised to a 21 point victory. Loss.

It what seems like the first time in forever, the New England Patriots have something to play for in Week 17. A win from New England and they clinch a first-round bye. If the Pats win and the Chiefs lose, then once again, the road to the Super Bowl goes through Gillette. The Pats have looked like a different team all year especially on offense, but don’t let their struggles fool you. Tom Brady and Bill Belichick are still on the New England sideline, which means they are still the top dog in the AFC. It also helps that the Pats are 7-0 SU and 5-2 ATS at home this season. For the Jets, the outcome of this game doesn’t matter. They have their franchise quarterback in Sam Darnold. Nothing else matter. Plus, the Jets are 1-9 SU in their last 10 trips to New England. Side with Tom and the boys.

The Dolphins are dead. The ‘Fins had their chances, but they squandered opportunities down the stretch. Plus, Miami is awful on the road with s 1-6 SU record. Miami playing in Buffalo in December is a recipe for disaster especially when Miami has lost 17 of their last 26 in Buffalo. The Bills should have a field day on the ground as the Dolphins are ranked 30th against the run. Avoid the Dolphins.

You’ve heard it all week and you’re about to hear it again. Andrew Luck has never lost when facing the Titans. Luck holds a perfect 10-0 record. The edge at quarterback is clearly in favor of the Colts as Marcus Mariota will not be 100% with an injured elbow. Expect the Titans to heavily rely on Derrick Henry in the ground game. However, the Colts offense is superior to the Titans offense and at the end of the day, I’m betting on Andrew Luck to get the job done.

Aaron Rodgers could’ve shut it down and sat out the final two games of the season. However, Rodgers decided to play against the Jets and showed why he’s one of the best to ever do it at his position. Rodgers threw for 442 yards and 2 passing TDs along with 2 rushing TDs in an overtime victory over the Jets. Detroit has not been good this year, but Matt Stafford has not had his full arsenal of weapons the entire season. The Matt Patricia drama has not also helped out their cause. Rodgers is once again going to put on a show for the home crowd. Avoid the Lions. 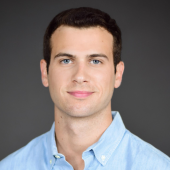 NFL Week 4 Over / Under Picks We Love Week 10 Pick Up Lines: “Do you have a map? I seem to have gotten lost in your eyes.